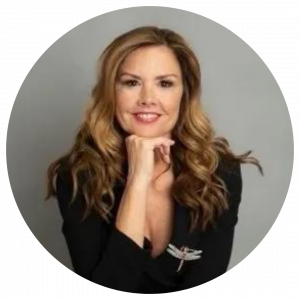 MARCI HOPKINS is an award-winning TV Personality; host and creator of Wake Up with Marci and a Recovery Expert on Fox, CBS, NBC and ABC.

Wake Up with Marci is a talk show – which airs on CBS owned WLNY-TV 10/55 in the Tri-State area and Streams on Hulu Live at 10 am on Saturdays. The show is also available on all Podcast Platforms. Wake Up is a talk show all about inspiration and empowerment. Marci shares stories of triumph and transformation to spread hope. She shares celebrity inspiration, spreads hope through triumphant stories, has Industry Leaders on to educate the audience and provide resources so the viewer can put their lives into action.

Wake Up is about living our happiest lives!

Marci has candid conversations with her guests and her mission is simple: She’s committed to changing lives as an authority on recovery, spreading hope and happiness. She gives others’ stories a voice. “My guests are living proof that it is possible to heal and that difficult situations do not have to define you…I hope viewers find strength, hope, and their purpose through these stories.” The show is a passion project for Marci, who is six years sober after winning her battle with alcoholism.

When Marci’s not hosting her show, the mother-of-two devotes much of her time to giving back to her community. Marci supports the Kumali Organization and other orphanages in Uganda, Africa. Since her fundraising efforts, one of the ministries has been able to buy land and build a home for the children. She is also on the board of the YWCA, dedicated to eliminating racism, empowering women, and promoting peace, justice, freedom, and dignity for all. The YWCA also helps women and children through Healing Space, helping those sexually assaulted. This is most important to her because she is a survivor of sexual abuse. Marci has also helped to open a safe haven for women and children in New Jersey through her interview and support of Access Family Services. Marci was awarded for her support. Marci has been honored as 2021 TOP 25 LEADING WOMEN ENTREPRENEURS by Leading Women Entrepreneurs, she has received the Women’s Achievement Award from The New Jersey State Federation Women’s Club, and was also honored by the Ramapo-Bergen Animal Refuge at their Whiskers and Tails Dinner and Casino Night.