Dear Radiant One: An Emotional Recovery Story and Transformational Guide to Embody the Dance of Life

This is a personal story of vulnerability, honesty, and resiliency that takes you on a journey of emotions. Phoebe Leona, was raised primarily by her father, a Vietnam veteran who at the time was a drug addict suffering from PTSD. Phoebe is a loving and loyal daughter with a simple desire to dance through life with ease and grace. Through the pages of this book, the reader is given an intimate portrayal of the multiple worlds Phoebe straddles as a child: her outer world, her dysfunctional home life, and her inner emotional landscape. This is a heart-breaking and heart-mending love story of Phoebe and her father.

Phoebe takes you deeper, dancing through time through her letters to the shadow emotions including Grief, Fear, Anger, Shame, Guilt, Chaos, and Loneliness, as well as the lighter emotions of Trust, Confidence, Enthusiasm, Joy, Gratitude, Peace, and Love. These letters illustrate her relationship with each emotion while also allowing the reader to explore their own inner landscape through questions and exercises. From her life of experiences and her many years of studying, Phoebe carves out a new possible path for you by selflessly sharing the various practices that helped her heal along the way.

Be prepared to see your world in a radiant new light; you will be transformed forever 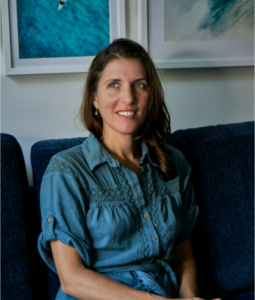 Phoebe is a dancer, yoga teacher, and transformational guide who helps people feel more embodied through somatic, movement, and expanded awareness practices to become more empowered in who they are, who they are becoming, and have a greater sense of belonging. She has been a teacher and guide for most of her life but it was after a year of extreme loss in 2013 when she found herself in the vast open space in between her old life and a new life, that she dove deeply into her practices and began her company. nOMad helps others through their own transitions and the spaces in between. Throughout that time, Phoebe also developed hermovement/somatic practice, Mvt109™ for students to fully embrace the freedom of moving in their bodies, transforming old and held patterns, and reclaiming the vibrations and stories they want to bring to life. Phoebe also finds joy in sharing her story to help others in their healing.

Featured Book Of The Week